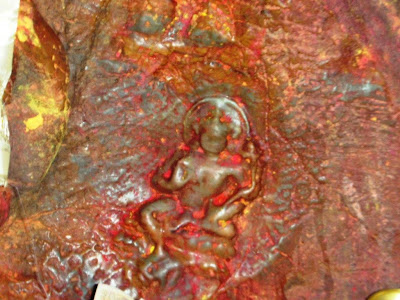 During the last 35 years people around Pharping in the southern part of the Kathmandu Valley have noticed that an area of a cliff began to slowly bulge out. It began to look more and more like Tara, the female buddha. At the same time the form of Ganesh also appeared. The place is just below the Asura Cave, sacred to followers of Padmasambhava.
I have seen it many times over the years, and can attest that it has gradually become more distinct.