A gathering at the Yak & Yeti 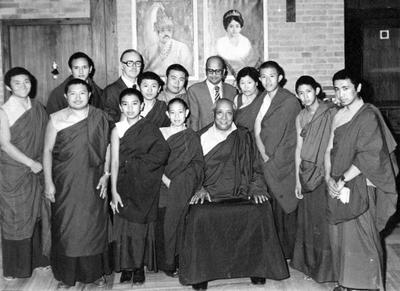 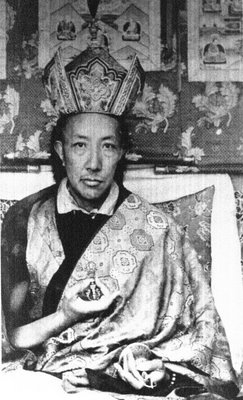 Here is a quote from Blazing Splendor about the Khyentse tulkus, in Tulku Urgyen Rinpoche's words:

When Old Khyentse passed away, the fifteenth Karmapa saw in a vision that instead of just a single reincarnation, twenty-five emanations would appear, each embodying one of the twenty-five aspects of fruition: five each for enlightened body, speech, mind, qualities, and activity. Among these, five principal incarnations were recognized and enthroned. That’s why we see so many reincarnations these days with the name Khyentse.
It is said that the activity of these amazing Khyentse incarnations is unceasing, like the moon rising when the sun sets: when one passes away, another appears in his place. When he died, several tulkus appeared to take over his Dharma activities. Seen from our side, while one of them dissolves back into the buddhafield, another emanation appears, sometimes even more brilliant than the previous one. After the great Khyentse died, Dzongsar Khyentse appeared, who was equally amazing. Then when Dzongsar Khyentse set, Dilgo Khyentse rose.
Khakyab Dorje had a similar vision that after Kongtrul passed away there would be twenty-five reincarnations as well. The number of such tulkus—“magical forms” that appear to benefit beings—is inconceivable.
Posted by Erik Pema Kunsang at 1/12/2008 2 comments: