Review of Blazing Splendor on Amazon 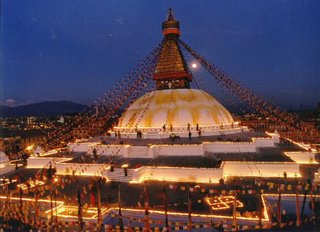 This volume is wonderfully fresh and accessible. It is like sitting, listening to stories told by a dear friend or relative. There are charming details, remarkable personal observations of many of the greatest lamas of the late 19th and early 20th centuries, down through Dzongsar Khyentse, Dilgo Khyentse and the 16th Karmapa. A deep theme throughout is that of the "terton", the gifted soul who uncovers "treasures" or "terma" hidden by Padmasambhava to be discovered when the time and times are correct. The author's great grandfather, Chokgyur Lingpa, was one of the last and greatest tertons, and the teachings thus uncovered - how and where they occurred, who was involved, the lineage of those who received these teachings, and so forth - is central to the story. I have found nothing like this in any of the many I've read on Tibet and the Tibetans.
Tulku Urgyen Rinpoche tells stories of these events that go back a considerable ways before he was born, into the 19th century, when Tibet was a world unto itself. He ends the book with a relatively brief description of the work he undertook at the direction of the 16th Karmapa to build a monastery near the great stupa of Boudanath, near Kathmandu, many years after his departure from Tibet in 1955. One sees glimpses throughout the narrative of the coming debacle; remarkable prophecies, side by side with engaging tales of his encounters with masters of the Dharma. It is a unique account, not to be missed, especially by those who seek a deeper understanding of how the great lamas of Tibet in that time lived their lives, related to each other, maintained their lineages and looked forward to preservation of the Dharma in a changed world. Altogether enchanting!
--David Nichols
Posted by Erik Pema Kunsang at 7/18/2006 No comments:

The temple in Boudha

A little more background and some new pictures from the early '70s (the text is from Blazing Splendor by Tulku Urgyen Rinpoche):
At the Karmapa’s suggestion, I went to Malaysia with three attendants. Our little gang of four robed people were the first Tibetan lamas to visit. The trip lasted three months and I was able to accumulate a fair amount of funds from faithful Chinese Buddhists there.
I had decided to use the money to improve the temple at Nagi Gompa. However, once I got back to Nepal and started conferring with Ram Lal about how best to use the funds, a letter arrived from my two older sons, Chökyi Nyima and Chokling. They were finishing up their studies at Rumtek with the Karmapa and other great masters.
The letter said:

Dear Father and Mother,
The Karmapa has told us both that we must build a monastery. We are too young to do anything about it now, but we have heard that the Chini Lama offered you some land at the Great Stupa. Please build a small monastery there. It doesn’t have to be two stories; one is fine.

The Karmapa hadn’t singled out Chökyi Nyima and Chokling to build a monastery—he had told the same thing to every single tulku and lama at Rumtek that year. Anyway, this is how I embarked on building Ka-Nying Shedrub Ling, the monastery at the Boudha Stupa.
When the building was completed, I thought, “The Karmapa is my ultimate object of refuge; it would be wonderful if he could come and perform the consecration.” So on my next visit to Rumtek, I told the Karmapa, “I have finished building a small monastery in Boudha, and I have great hopes that you will pay it a visit. I am here to request you to go there and give the Treasury of Kagyu Tantric Teachings.” 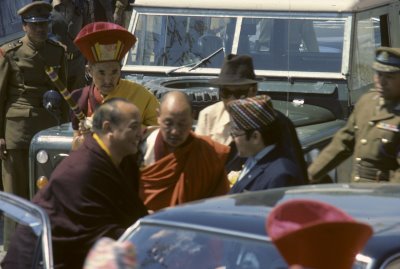 A little more background and some new pictures from the early '70s (the text is from Blazing Splendor by Tulku Urgyen Rinpoche):
The Karmapa replied, “That is very sweet of you; I will definitely come. You have my word. I need to go to India first, but after that I will come to Nepal.”
He came soon after. He also consecrated the temple and statues at Nagi Gompa. He gave the empowerments and then returned to Rumtek.
Posted by Erik Pema Kunsang at 7/18/2006 5 comments:

Repeating the Words of the Buddha - back in print 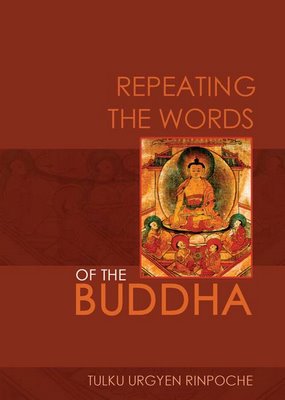 In Repeating the Words of the Buddha, Tulku Urgyen Rinpoche unfolds the path to enlightenment, which is simply the gradual uncovering of the awakened state already present in oneself.
With the benevolence and brilliance of a realized being, Rinpoche illustrates in a lucid, humorous fashion the essential points of spiritual practice, inseparable from everyday life.
Tulku Urgyen Rinpoche was among Tibetan Buddhism’s greatest masters of the 20th century, and pivotal in bringing the highest Buddhist teachings to the West.

New and revised edition.
Repeating the Words of the Buddha - webpage
Posted by Erik Pema Kunsang at 7/07/2006 No comments: 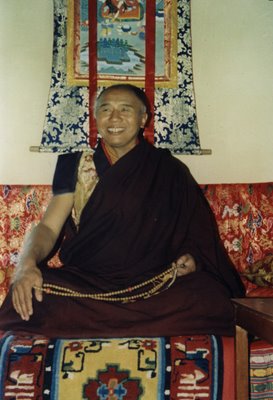 During a stay at Nagi Gompa in 1994 I had the opportunity to ask Tulku Urgyen the following:

MT: I was wondering if Rinpoche could explain exactly what ‘blessing’ is?

Rinpoche: What people usually consider blessings are what I would call ‘superficial blessings.’ It’s like when you have something you want to get rid of and you ask, “Please bless me to be free from what I don’t like,” whether this is being sick or in pain, evil spirits are attacking you, your business isn’t going that well, etc.. So, people ask for something to wear around their necks, something to eat, maybe some charm to be made and so on. Then when they feel better, the evil spirits are repelled, business is going well or whatever, they say, “I got the blessings.” These are known as ‘superficial blessings.’

On the other hand, the real blessings are the oral instructions on how to become enlightened in a single lifetime, which you can receive from a qualified master. That’s the real kind of blessing.