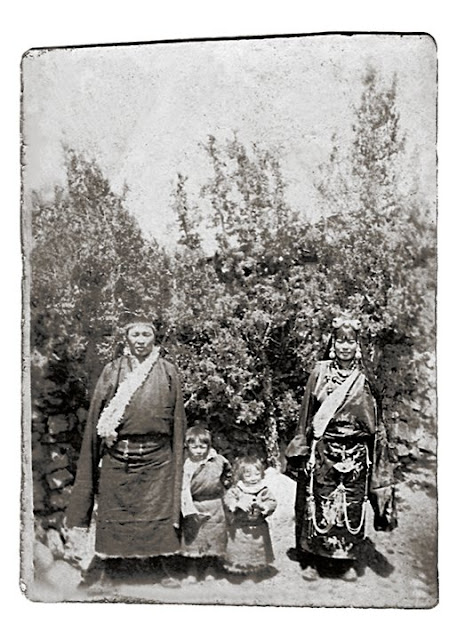 Tulku Urgyen said about his brother:

My half-brother Penjik was supposed to be a tulku, but he didn’t want to be recognized as such. He was incredibly bright. Personally, I haven’t met anyone as sharp as he was. For example, in a single day he memorized the entire text of Chanting the Names of Manjushri.[i] Think about that! Isn’t it astounding? That’s the kind of person he was. I certainly was in awe of him.

If he had gone to Derge to pursue Buddhist studies, there is no doubt that he would have become a great scholar. Everything he heard, he understood. It’s a shame he didn’t stick to a spiritual path.

Penjik was very brave and intelligent; no one could outdo him or dominate him in anyway. If you heard his full story, you would be in awe. Let’s begin with his mundane qualities: He was extremely eloquent—so much so that he could be mistaken for a demon.[ii]

Penjik was known throughout Nangchen for his bravery; he was completely fearless and not intimidated by anyone. He was also tall and broad-shouldered. You should have seen him race his horse or shoot his rifle while riding! He was an excellent marksman. I felt that he had all the important qualities of a hero.

[ii] Free-flowing, perfect eloquence is often considered to be a special power bestowed upon a person by either a deity or a demonic force. [epk]

Very moving and inspiring to see Penjik and his family, and to hear about him from his brother -